Hi y’all!
This post is dedicated to another essential spice which you should always have in your kitchen (especially in the winter): ginger!
Ginger is a tuberous perennial, with gnarly irregular appearance, and is light yellow. It is a pasrt of lily family (go figure). Its smell is markedly pleasant and strong, and its taste is prickly and slightly bitter. You can find it in various shapes, I have it in powder and as a root. 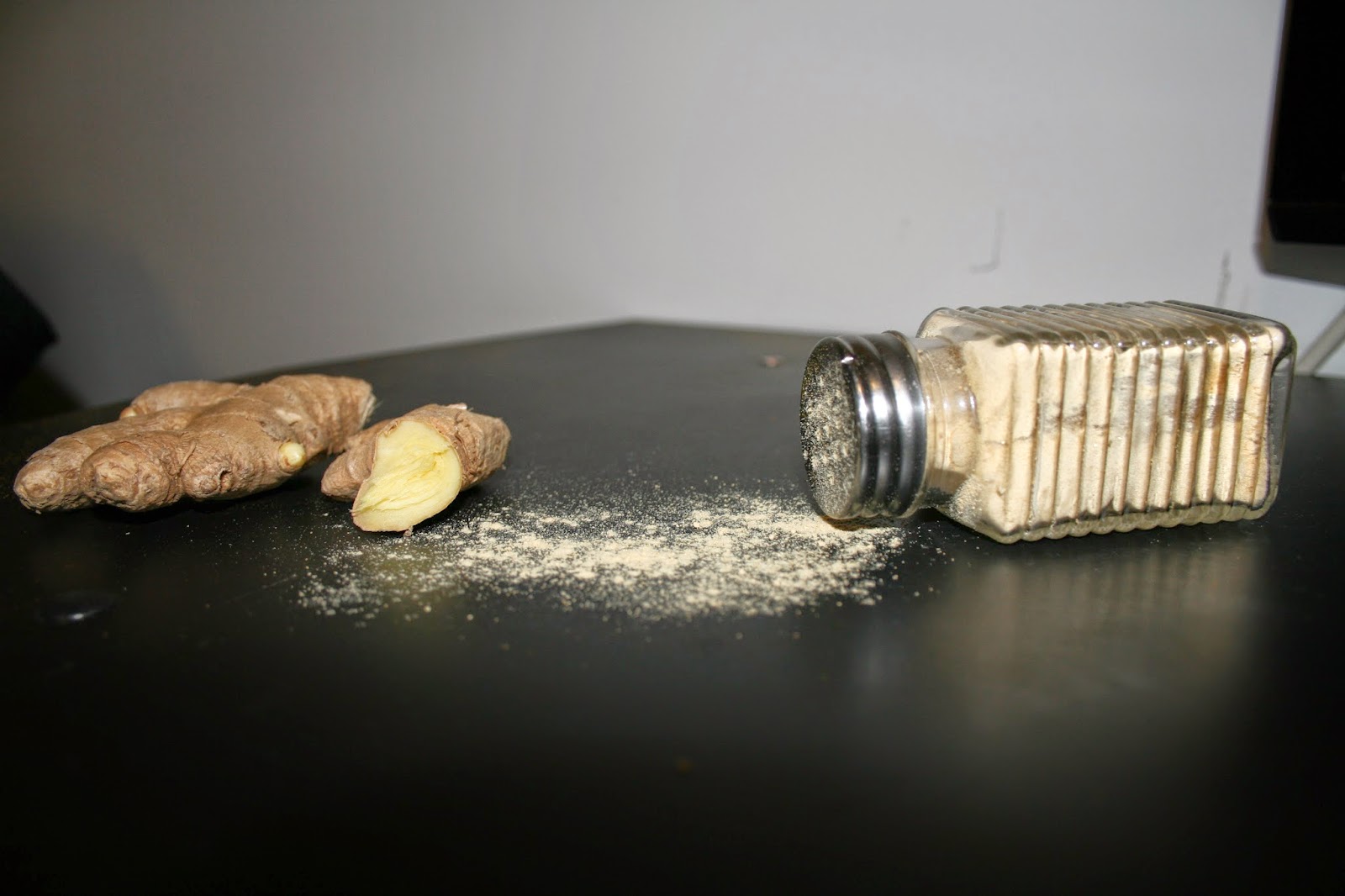 While using it for culinary purposes, you have to dose it carefully because of its strong aroma which can dominate over other tastes. With fresh ginger you can spice up almost every dish, meat or vegetable, salty or sweet. Ginger powder has a sharp flavor and is a part of many curry mixtures. It has extremely curative qualities, without any side effects (except the sharp taste for those who like mellow tastes) and it is good for any kind of diet nutrition.
100 g of ginger contains around 80 calories and massive amount of vitamin (B complex vitamins, vitamin C, vitamin E), magnesium, phosphorus and potassium, so if you eat you’ll become very healthy and not fat. 😀
GINGER PLANT FLOWER 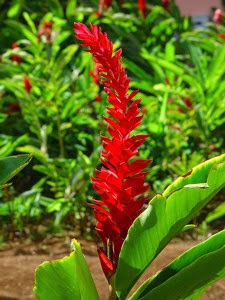 Ginger is also used for centuries in medical purposes. There are chinese scripts from 400 BC where it is described how ginger was used as a medicine for nausea, stomach ache, toothache, bleeding and rheumatism. Allegedly Confucius used it for his health and strenght, while many european monarchs accredited it with aphrodisiac qualities (because it stimulates circulation and increases the quality of sperm). In the 16th century it was used as a plague medicine (so was garlic) becuase ginger’s active substance- gingerols has analgetic, sedative, antipyretic (meaning it decreases temperatue), antioxidant, antiseptic and antibacterial effects.
Ginger is markedly sanative and is used for various things, mostly for: stomach problems, nausea, respiratory problems and it even decreases the growth of cancer and tumors.

If you suffer from travel nausea, instead of taking huge amounts of dramamine, knocking yourself out and slobbering all over your travel companion you can try this: in a glass of water grate a little piece of ginger root, or one tea spoon of ginger powder and drink it for at least three days before the trip. There’s a nother little trick: slice the ginger root into very thin slices, dry them and carry them in a candy box so you can eat it like a bonbon along the roadtrip.

Ginger has a great effect on the stomach so you should feed it to persons with reduced appetite. It decreases smaspm, prevents ulcer, soothes seasickness, morning infirmity (especially those ones caused by chemotherapy).
If you suffer from any of the above this is the magic trick:in a little pot put 0,5 l of water and put it on the stove. While the water is heating up, grate a small piece of ginger root, and drain it (ginger is very juicy). Add that juice to boiling hot water and let it boil for five minutes. If you want stronger tea, putt both the juice and ginger pieces into water and cook exactly the same way. Move from fire, let it cool a bit and then drain it. After ten days of consumation you should feel meloration.And now something extra healthy, bombasticly good for you. Ginger-garlic paste! A part from being used as a salat dredding, meat sauce etc. in indian cuisine, this is one of the nature’s most healthy things ever, health bomb that will empower your immune system and decrease all inflammatory processes with its antibiotic effects (and it’s not harmful).
This is how you do it: in a mortar mash an equal amount of fresh ginger and garlic. If you like finer textures use a hand blennder. You can make a lot of it and then store it in a tightly closed jar. In that case, add a little bit of oil to make it fresh.
When you first taste you’ll probably be like “Oh-my-God, what the he heck was I thinking?!”, but this paste is so good and effective that you can survive a tea spoon a day. You can use it every day, just in case, or when you feel you’re coming down with something (flue, weakness, sour throat…).
GINGER-GARLIC PASTE 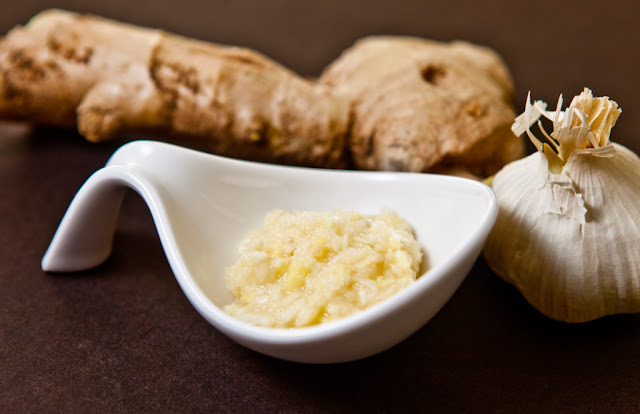 For poor circulation you can drink the tea I just described, or soak your feet in hot water mixed with ginger powder.
You can do the following: lie down in a tub full of hot water mixed with ginger powder and do your ritual cleaning. After you’re done take a cold shower: hot-cold combination will make your blood rush through your body.
Chewing on a fresh piece of ginger is effective if you ate food that’s difficult to digest. If you have a slow metabolism do this: grate the ginger root and mix it with salt and lemon juice. Chew it slowly for the best effect. It’s the best thing when you stuff your face with beans, peas, corn and other melodic vegetables. 😛

If you have a case of sinuses gone wild (like I do), you should eat as much ginger as possible. If the infection is already active, instead of sitting with a towel over your head and inhaling steam, make a wrap out of hot water and ginger in powder and apply it to your sinuses. Don’t get surprised if your nose unclogs and makes you feel like you have Niagara falls for a nose.
For a prevention grate ginger into honey, add some cinnamon aswell, and eat three times a day, one tea spoon before every larger meal. Or buy ginger paste that has a proven effect with all the respiratory issues.
Ingredients: honey, grape molasses, maltose, ginger, cinnamon, turmeric, lesser galangal, carob, clove, licorice root, rosehip, eucalyptus oil, peppermint oil. 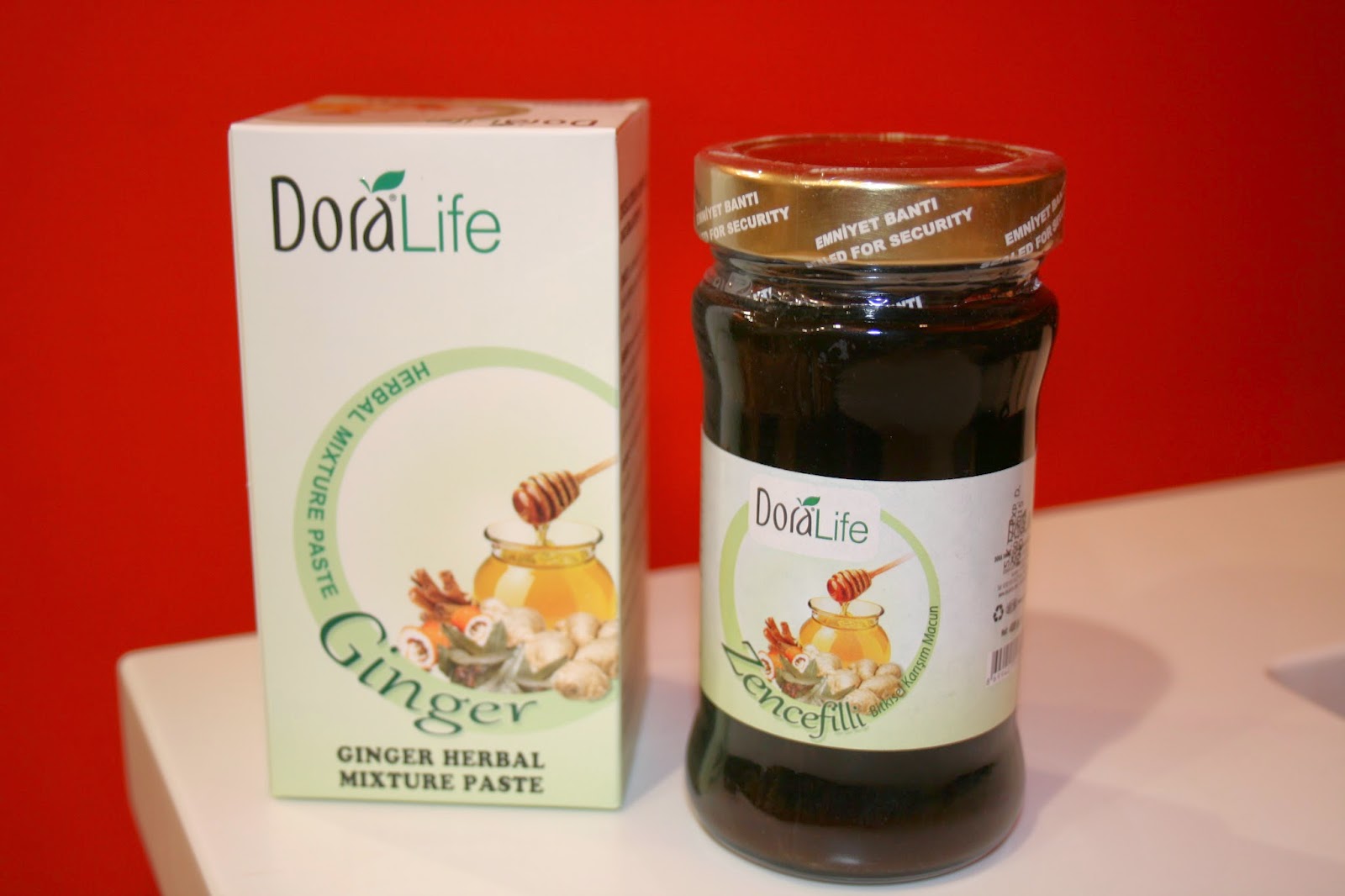 It may sound like a commericial, but I’m only saying it beacuse it really helps and it helped me cure my unruly sinuses.
This pictures proves that ginger can also be a healthy delight: 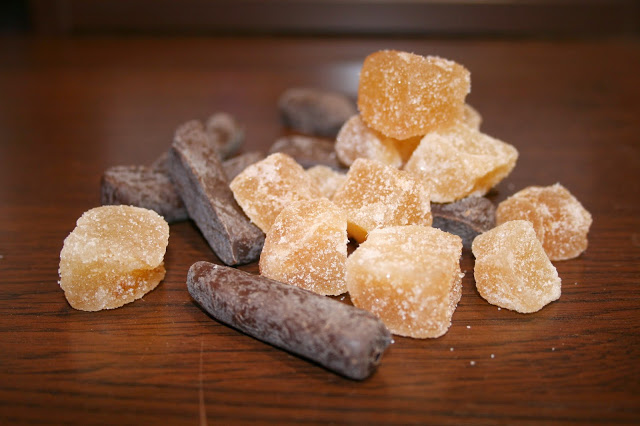 Candied ginger and (my favorite) candied ginger in dark chocolate (yumms!).
And for the perfect ending: Phoenix’s recipe for gingerly pancakes!

Stir one egg in a cup of milk, add 2 tea spoons of ginger powder, half a tea spoon of cinnamon, half a tea spoon of nutmeg in powder, pinch of salt, tea spoon of  baking powder and vanilla sugar. Then slowly add flour until it gets dense. Then put the mixture on an oiled hot pen, wait for it to turn gold or bubbly and then flip it.
For the dressing: mix two spoons of plum jam with a little ginger in powder and a little water so it becomes current. heat it up in a pot and then start the magic…pancake, dressing, pancake, dressing, pancake, dressing, until you run out of pancakes. Then use the rest of the dressing to pour it over the whole stash of pancakes. You can add some whipped cream to get the creamy taste.