Today I shall introduce you to one of my favorite spices: cinnamon! 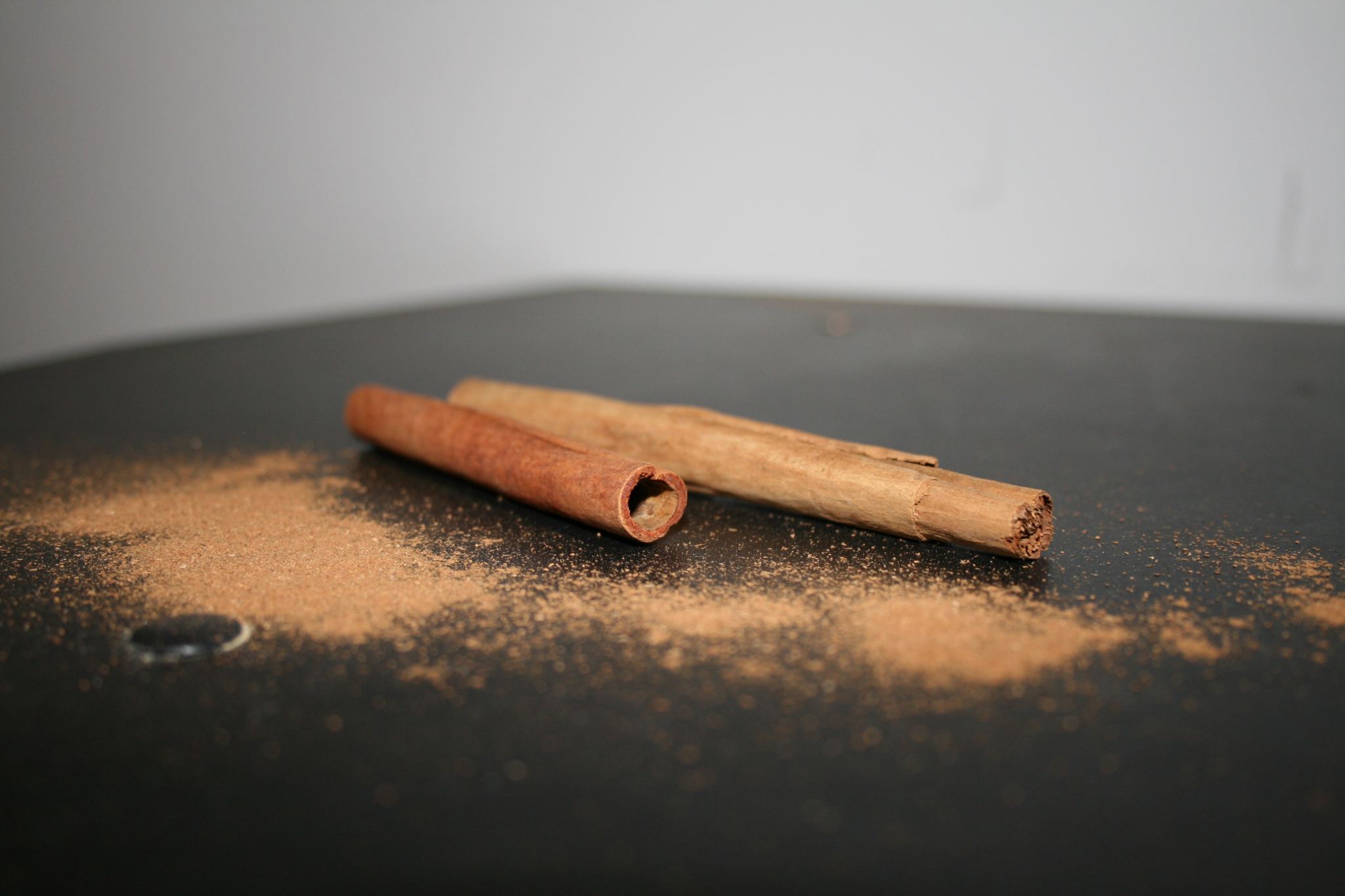 Cinnamon originates from the East and is one of the oldest spices. There are two kinds of cinnamon: Ceylon cinnamon and Cassia cinnamon.
Ceylon cinnamon is often refered as the “real” cinnamon, and it is found in south India and Shri Lanka.
Cassia is found in China, Bangladesh, Indonesia and Vietnam. Cassia has a stronger aroma and more woody structure. But the bark of these two cinnamon types is different and readily apparent: while Ceylon cinnamon bark has many layers and is easily ground to powder, Cassia is much harder and hollow.
You can see the difference on the picture; left is Cassia, right is Ceylon. 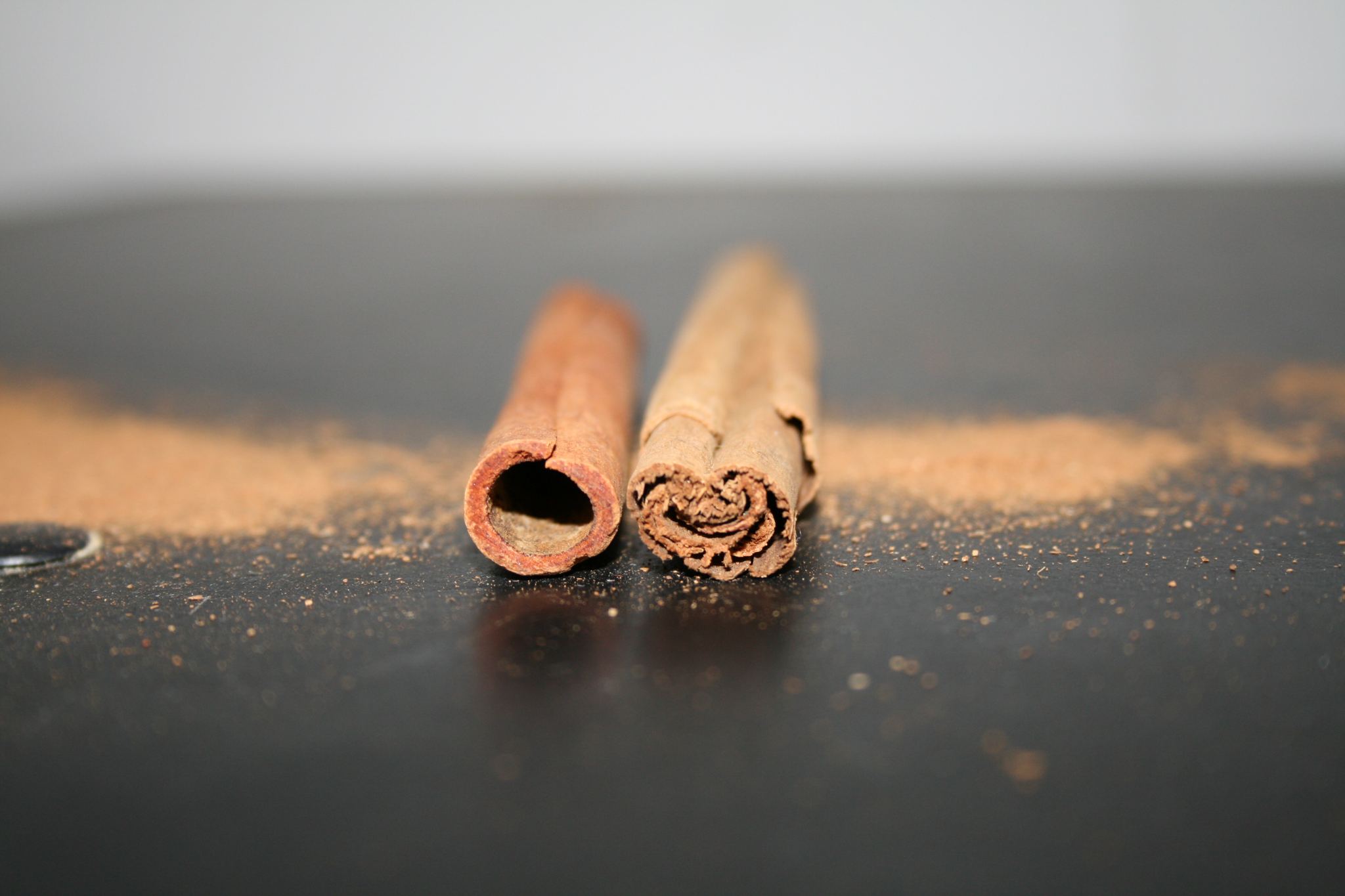 When ground in powder the difference is hard to notice, but it’s still there, Ceylon cinnamon has a slightly lighter color, a bit gentler odor and spicier taste. The main difference is this: Ceylon cinnamon contains negligible amount of coumarin, moderately toxic compound, while Cassia contains more. If you’re using cinnamon for culinary purposes, eg. for cakes and sweets you needn’t worry, but if you use it for medical/health purposes, my advice is to buy the Ceylon cinnamon. It might be a bit dearer, but it’s worth it.

Although it is mostly used as a spice for sweet dishes, in middle east couisines it is used for savoury dishes such as lamb and chicken. It is often found in curry mixtures.

Traditional folk medicine believes that cinnamon is a great glands stimulant and that is helps with common cold and sour throats. Cinnamon drops are used for heavy menstrual bleeding, while the mixture of clove and cinnamon essential oils is used for toothaches. You should dose it carefully beacuse the essential oil can irritate mucosa.

Cinnamon has a strong antioxidant effect, therefore you can use it for preserving food. It also enhances the mobility and sperm count. Cinnamon also affects the digestion of fat. 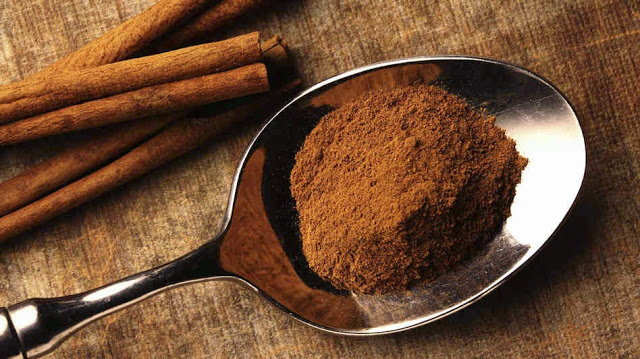 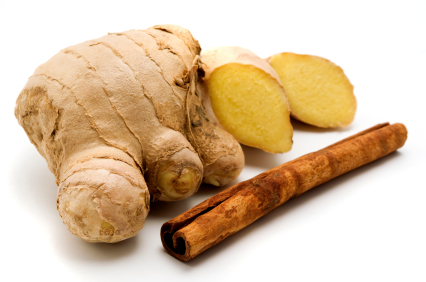 But I prefer the mixture of cinnamon and ginger for that kind of problems (cholesterol, diabetes, cellulite etc.). It is made like this: 1 tea spoon of Ceylon cinnamon powder, 1 tea spoon of ginger powder, lemon juice (1 lemon), 3 dcl of water, 1 tea spoon of honey (or quarter of tea spoon of stevia), all mixed together in a jar. Keep it in the fridge. Before every meal eat 2-3 tea spoons of this mixture and it will totally set your metabolism in motion. Ginger will give your circulation a boost while the cinnamon wipes off the sugar and fat deposits on your vessel walls. This is also a great combination for weight loss and reducing cellulite, which is awesome because when the bikini season comes we all want to look great.
Cinnamon has impressive features in terms of improved glycemic control. The latest meta-analysis from 2013 have shown that the use of cinnamon before breakfast has a  beneficial effect on glycemic control and the glucose level in plasma.

Couple of recipes in the end, as usual. 🙂

Turkey fillets with apple and cinnamon in bread (I know it sounds weird, but I assure you it’s yummilitious)

Roll out the dough in the shape of a square. Beat the filets with the meat tenderizer. Then fry in a hot pot with olive oil slices of spring onions, grated apple, cinnamon, garlic and pepper. Salt to taste. When apple softens, remove from the heat and let it cool.
Smear olive oil over the dough, place turkey filets and cover them with the onion-apple mixture. Make sure there is some room left around the edges. Then slowly and carefully wrap the roll bread and put it on the baking paper. Connect the edges with few drops of water. Bake the roll bread in preheated oven: 200 C degrees 15-20 minutes. You can serve it with the roasted pepper salad and cream gravey with a pinch of dill.

Mix all the ingredients with a hand blender and add some water if the mixture is too thick. Heat up the oven to 200 C degrees and bake for 10 minutes. You can add some kind of a nut in the middle of the cookie, before baking-